Founded in the seventeenth century, with the name of Tercio de morados viejos under the command of Count Duque de Olivares.

Their distinctive color continues to be appreciated in these uniforms of the early nineteenth century, according to the uniformity regulation of 1804, which remained in force at the beginning of the war of independence.

But its history is much earlier, because before becoming the regiment of the King's guard, or coronelía del Rey, there is reliable evidence that the unit comes from the first permanent unit with guard service of the real person, in the 1248, following the wish of King Ferdinand III the Holy.

The soldiers who composed this first unit were taken from those who participated in the capture of the castle of Triana in Seville.

This clearly makes it the oldest armed unit in the western world. 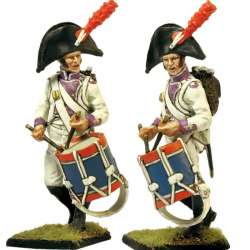 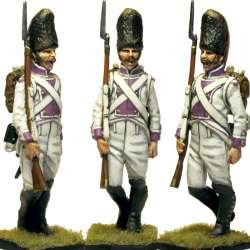 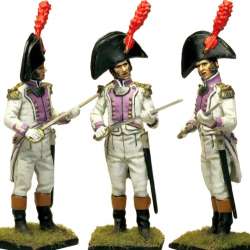 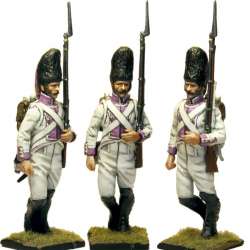