In the mid-nineteenth century, the first modern national security forces came to light in different European countries.Previously, the cities, counties and regions had had their own security forces. We can remember the "migueletes" of the kingdom of Aragon, the Navarrese "miñones" and the "somatén" of the Catalan counties.There were also specialized bodies on coasts and borders.We would have to go back to the Holy Brotherhood, created by the Catholic Monarchs, to find a national public order force.However, in the mid-nineteenth century, and clearly inspired by Napoleon Bonaparte's gendarmerie, the Civil Guard and Carabinieri corps emerged in Spain and Italy, respectively, with uniforms inspired by those of their French counterparts.In 1844, Francisco Javier Girón y Ezpeleta, 2nd Duke of Ahumada and 5th Marquis of Las Amarillas and a descendant of Emperor Moctezuma, was commissioned by the crown to create a police force whose functions would be to maintain public order and protect roads, fields and depopulated of the Nation.The meritorious body he participated in the fight against banditry and the repression of all the rebellions of the 19th century.Civil Guard units were present in all the overseas provinces, Cuba, Puerto Rico, the Philippines, Equatorial Guinea and Western Sahara, adapting their uniforms to the climatic peculiarities of each destination.During the 20th century, the Civil Guard actively participated in actions against political and union agitation. Their loyalty to the established government made them one of the most reliable bodies for both the Monarchy and the Republic born in 1931.During the civil war the body was divided, and although the popular image places them mostly on the rebel side, the reality was that numerically there were more civil guards serving the government of the Republic, than the military junta.After the war, the fight against the maquis had to be added to the functions of the body.At the end of the 20th century, the fight against nationalist terrorism and drug trafficking were its main activities.Currently, it is one of the two pillars, together with the National Police, on which the rest of the State security bodies and forces are supported.

Sort by:
Best sellers Relevance Name, A to Z Name, Z to A Price, low to high Price, high to low
Showing 1-6 of 6 item(s) 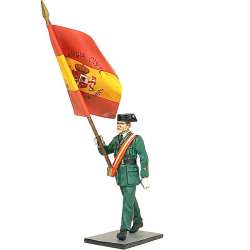 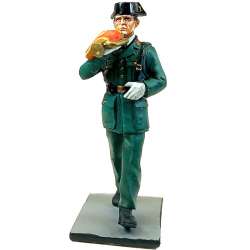 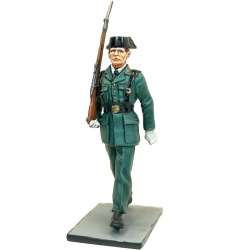