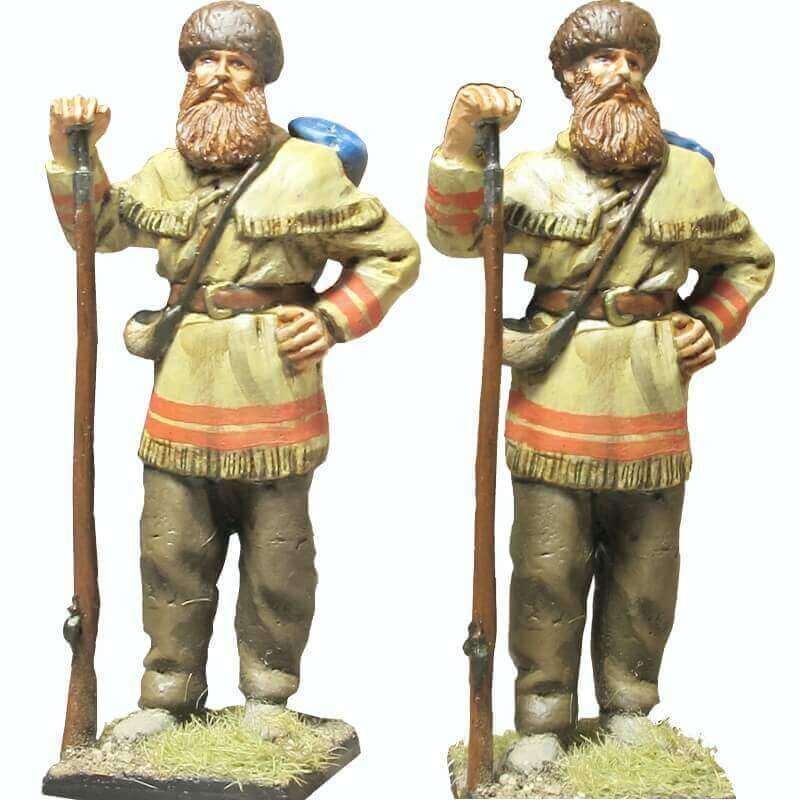 The desire for adventure, the search for wealth and at the same time, the longing for freedom, pushed large numbers of settlers to become explorers, trappers, merchants, hired hunters, who toured the areas not yet controlled by the white man opening new routes, trading with skins and knowing first hand the customs, sometimes very dangerous for them of the Native Americans who did not always see with good eyes, the intrusion of people unfamiliar with their traditions and customs.

This toy soldier, is dressed in indigenous clothing, probably exchanged with some native tribe for blankets and metal utensils and that allowed him to move with much more comfort in a virgin environment for the Anglo settlers. 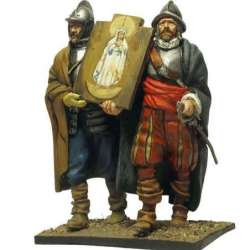 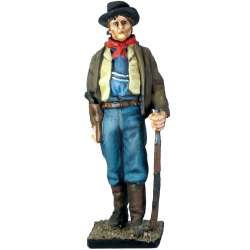 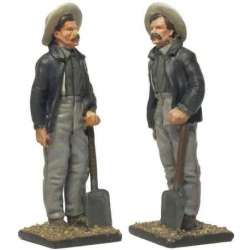