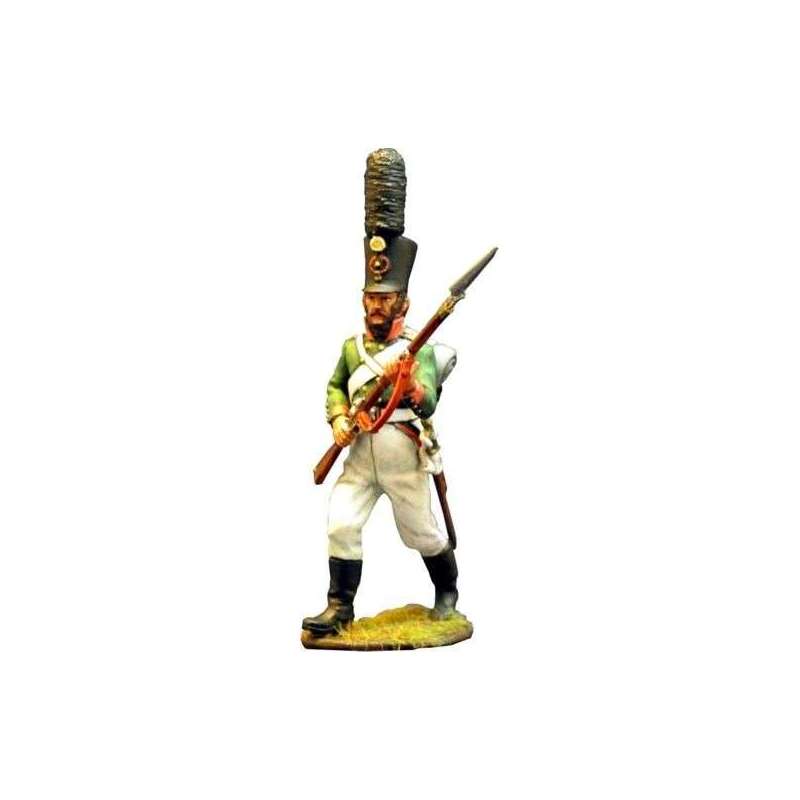 In 1805, the Russian infantry was wearing a uniform of Prussian influence.

The jacket had exactly the same cut of their German comrades, but green.

Chaco, smooth with a simple rosette and clip and in some cases some brass motif, was adorned by a massive feather duster, marked on top with white and yellow colors to distinguish non-commissioned officers.

The use of leggings had given way to black calf boots very similar to those used by farmers, but in better quality.

Although the high command not placed great importance on the lives of its soldiers, if you gave it to appearances and on many occasions, the hair of the soldiers, in a ponytail at the nape of the neck, was powdered to similarity of the officers and members of the imperial guard. 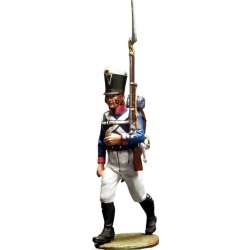 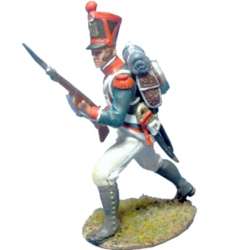 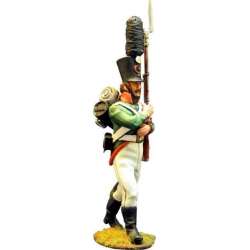 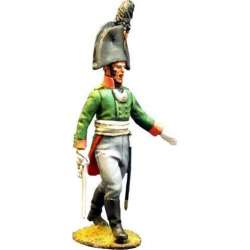 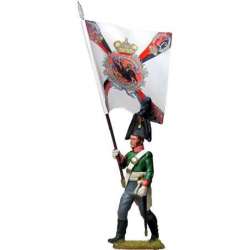