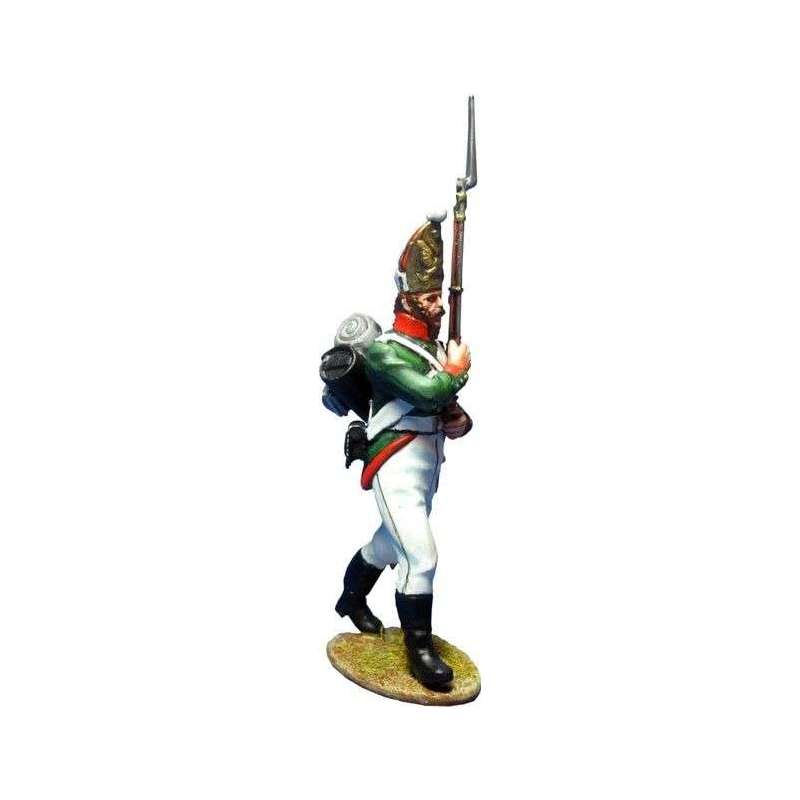 The MITRE of the grenadiers is a garment that became fashionable in the early eighteenth century, and that with slight variations can be found in all European armies.

It used to be, made up of a high metallic front, in which national logos were embossed or Regiment, while the rear part was material textile, divided into segments, which could be of different colors.

They were not always metal. The miters of grenadiers and Russian dragons, during the reign of Pedro el Grande, were basically a conical cap of fabric adorned by a tassel of color at its peak.

The British miters were also of textile material.

They were later being replaced by Mithras coated Bearskin.

These resulted with the passage of time the Ourson of the French imperial guard and the high current British Royal Guard grenadiers hair Cap.