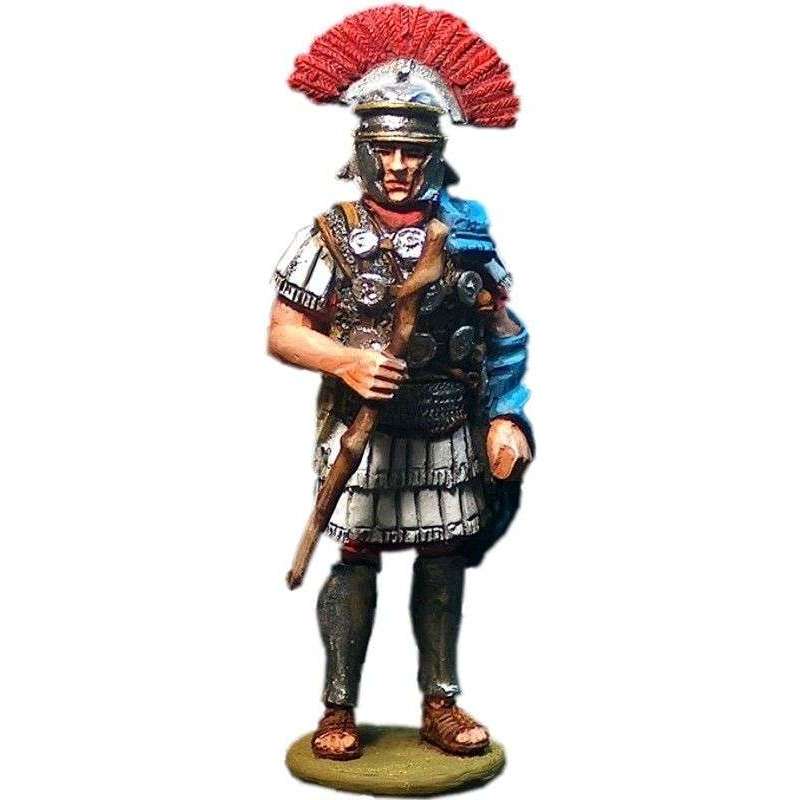 This toy soldiers represents the highest ranking centurion of the legion. The Primus pilus or first spear, was a veteran officer who will surely have gone through the command of all the centuries of his legion to gain access to his new position.

Our figure shows an important panoply of decorations. These were worn on the breastplate, usually chain mail or scales in a leather harness and were composed of pillars and torques.

The pillars were silver discs with representations in low relief chiselled of deities or the face of the emperor. The torques, typical Celtic jewel, were used as a reminder of the ancient fights against the Gauls.

In his hand, as badge of command, he carries the vitis, a rod of vine wood, with which he was authorized to exercise physical punishment on his subordinates. This piece of equipment of every centurion remained until recently in all European armies in the form of a thin short staff that we are so used to see in the images of British officers and non-commissioned officers. 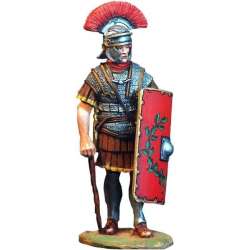 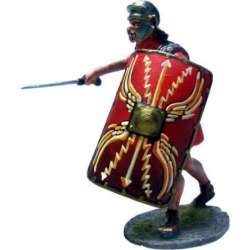 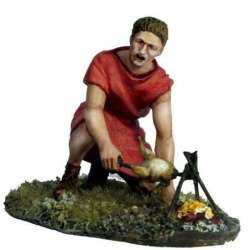 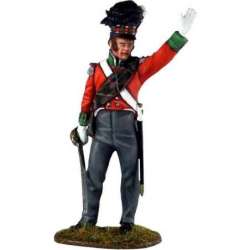 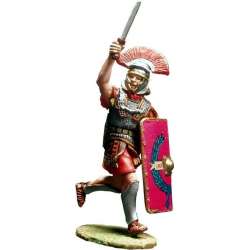