In 1941, when Hitler declared war on Russia, the Spanish government allowed the recruitment of a unit of volunteers to fight against communism.

In this way, despite sending troops, he remained apparently neutral, since these soldiers did not fight as members of the Spanish army, but as a German unit of volunteers recruited in Spain.

The recruits were sent to the Grafenwoehr training camp.

There, they received an accelerated training and were equipped with German uniform and armament.

Like other foreign units of volunteers, in the right arm, near the shoulder, they wore a small shield with the national colors.

That same shield, replaced those of the German flag on the badge on the right side of the helmet. 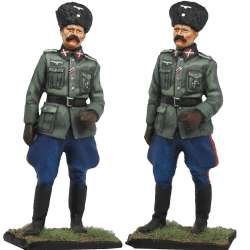 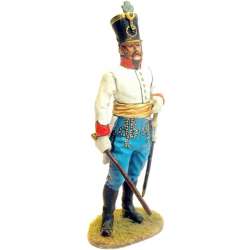 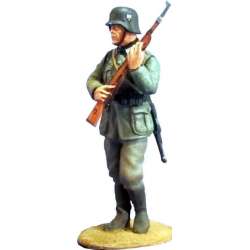 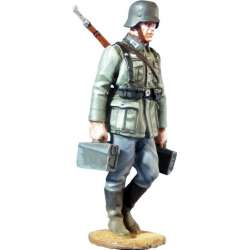 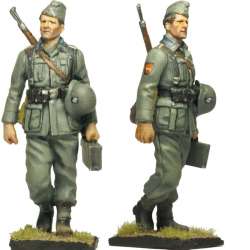 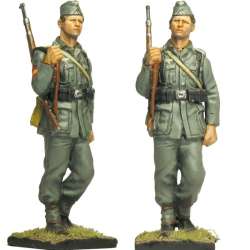 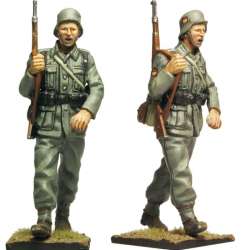